Mr. Kreutzfeldt participates in seminars on a regular basis discussing areas of his practice. Rick’s experience makes him a valuable asset in nearly all areas of law. 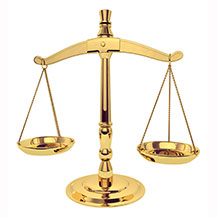 Richard Kreutzfeldt, Attorney, PLLC
4.2
Based on 8 reviews
See all reviewsWrite a review

Amanda Oehrlein
00:38 03 May 20
Worked with Rick in the purchase of our business and couldn't be happier with the level of received even though he was not our attorney. Rick went well above and beyond to assist and provide a smooth transition.read more

RANDAL STENGEL
15:55 03 Dec 18
My parents worked with Rick a number of years ago to do some estate planning and to create a revocable trust. He is very knowledgeable in both of these areas and did a very thorough job in helping guide my parents through a process that can be quite daunting. More recently, one of my siblings, myself and my parents met with Rick to get some questions answered about how to work with the trust. He was very gracious and insightful in providing the answers to our questions. We would highly recommend Rick to anyone who might be needing legal help with complex issues of estate planning and trusts.read more

Mo Anderson
14:35 24 Oct 18
We called Rick for some Corporate start up direction. He was straightforward and gave us sound advise. We definitely will call him again when the time comes for legal counsel.read more

LaMont Herman
12:21 17 Oct 18
I've known Rick for over forty years. I've always know him as a "stand up guy" but it wasn't until recently that I had the pleasure to experience his professionalism and expertise towards his law practice. I engaged Rick to help develop our retirement strategy in regards to our Estate and trust plans. I was truly amazed at the wealth of knowledge and understanding he brought forth. Most impressive is how he took the time to understand our position and our concerns. Through a series of meetings we were able to develop a plan that alleviated our anxiety and gives us total confidence moving into retirement. I would recommend Rick to everyone!read more

Laura Bogucki
16:35 11 Oct 18
I would highly recommend Rick for estate planning. From the beginning to the end, the entire process is explained and all questions are answered. As an attorney with experience, he gives great advice when it comes to making those all-important decisions.read more

Mary Jackson
15:43 11 Oct 18
Rick is very professional and has helped us with all our legal needs from creating a Will to creating an LLC small business. We would highly recommend him! We recommend him to all our friends and family and everyone has been very happy!read more

Martha Healy
15:17 11 Oct 18
Over the past 2 years, we've needed help with a friend's estate. We know Rick to be a man of great integrity and wise counsel. Rick has always shown compassion and been timely. His rates are quite reasonable. I have recommended Rick a number of times and will continue to do so!read more