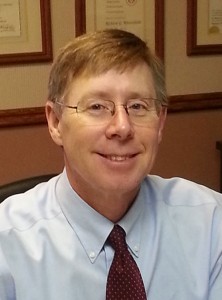 Richard “Rick” Kreutzfeldt has practiced law in the Brainerd – Crow Wing County area since 1986. In 1991, he opened the Richard Kreutzfeldt, Attorney, PLLC.

He primarily practices in the areas of:

A significant portion of his work involves estate planning. He is a frequent lecturer on topics involving Will, Trusts and Probate.

Much of his law practice involves helping clients in the processes of buying and selling businesses, including assets sales, stock transfers, and many of the routine and complex issues that are involved in the sale of a business.

In 1999, Rick was honored as a “Super Lawyer” by his colleagues. He graduated from William Mitchell College of Law in 1985.

He is a member of the Minnesota State Bar Association and Real Estate Section. He acted as an arbitrator for the American Arbitration Association from 1986 to 2005.

Richard Kreutzfeldt received a J.D. degree from William Mitchell College of Law. He obtained a Bachelor of Arts Degree from Bethel College. He is admitted to practice law in the State and Federal Courts for Minnesota.